Dastardly Books is a new publisher seeking the works of authors of crime, noir, suspense, and literary fiction.

We love tight, riveting fiction which also casts a relevant commentary on the state of things on the planet. At this time, we're not interested in non-fiction, poetry, science fiction, goth, or fantasy.

We are open for new submissions through December 31, 2021.

We are interested only in novels: crime, noir, suspense, and literary fiction.

Please submit your synopsis and first thirty pages, attached as a Word document, to editor at DastardlyBooks dot com .

We will respond to your submission within eight weeks. 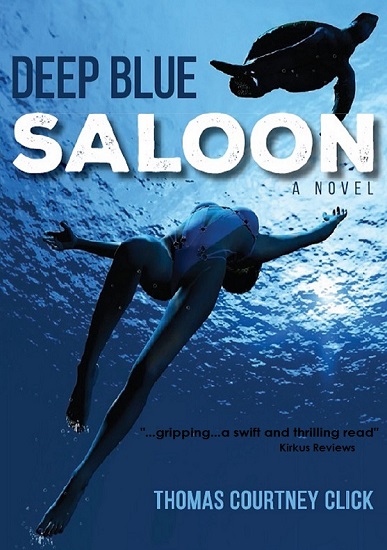 The hypnotic beauty of Caribbean coral reefs meets the affluence and excess of the Mexican mafia in Deep Blue Saloon, a suspense novel that also makes an environmental statement. Branch Curry, a reluctant hit man for the mob, must choose between allegiance to his crime family and the bond he's established with a group of ocean environmentalists. The psychedelic escapism he finds in his dangerously deep diving could kill him - or it could help him find the answer to his dilemma.

Branch's cover is working as a divemaster at Caribbean Argonauts Dive Shop on Chinchamos Island, but his real identity is doing dirty jobs for Omar Luna, the island's local crime boss. When Omar comes to odds with the dive community over his development of a cruise ship pier that will destroy mangroves and coral reefs, Branch must make a choice between his real job and his cover job - again.

Branch has grown weary from his violent life with the mob and he wants to help the divers, but he's bound by loyalty to his boss. To numb the conflict, he heads down into his Deep Blue Saloon, a place far beneath the clear Caribbean waters where he can soak up the vivid color and anesthetic splendor he experiences when he scuba dives too deep. A place where he can forget his troubles until he has enough money stashed to get away from the violence and back to the simple life he once had a short, sweet taste of.

But the simple life is so elusive. His sexy, crossword puzzle of a girlfriend Valerie has other ambitions for him, as do dive shop owner Victor, government agent Reiner, and aspiring eco-terrorist Rojo. They all see in Branch's abandonment and fearlessness a means to their own ends. When his wild past begins to catch up to him, and when he's dangerously betrayed by his mob family, Branch must make a choice without breaking his own honor.
Dastardly Books  Copyright (c) 2023   All rights reserved.
Welcome, visitor from 44.212.99.248 at 02/07/2023 11:47:45 AM MST